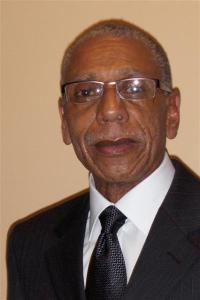 We have forced our perception of success on to our children being unaware that it will sometimes leave them depressed and confused. Success should be determined by each child as an individual. What you consider successful may not be what your child considers successful.

I am going to start out by saying it was not until it hit my own son that I began to realize how my perception of success affected his mental health. And what unemployment could do to the self esteem of minority youth and young adults.

When I returned home from college with a degree in mathematics in which I was told was invaluable, I was met with more job descriptions telling me I was still not qualified than I could count. It seemed that my four years at an accredited university was all for naught. And after submitting hundreds of applications, I never thought to ask myself what I really wanted to do with my life.
I spent that entire summer after college steeped in insurmountable rejection, which ultimately kept me in my parents’ house for weeks at a time. I rarely interacted with my friends – or anyone else for that matter – and couldn’t bring myself to enjoy the summer. I found myself sleeping in longer and still waking up tired.

The most disturbing moment came when I went to Ohio University for my friend’s graduation. I always considered myself a sociable person, but when she introduced me to her friends, small talk was suddenly a challenge. I felt I was sinking into an awkward withdrawal like quicksand. My foreseeable future was a dense fog.

I started questioning my own self-worth. Maybe I wasn’t as smart as everyone had told me. Or worse still, maybe I was as smart as everyone told me, but as far as HR departments were concerned, intelligence was a useless currency compared to experience. It was becoming increasingly difficult to reconcile my fruitless reality with the promised success I was told would come with my college degree.

Although the word depression didn’t cross my mind until a couple years later, I was relieved to give what I’d been experiencing a name. The black community largely considers depression a “white disease.” Instead we believe the person experiencing it is just “blue,” when in fact, it is complex and can come with a range of symptoms and degrees of severity.

It’s no secret that the health problems black people live with often go undiagnosed often due to mistrust in medical professionals (considering examples like the Tuskegee Experiment, wherein black men were intentionally injected with syphilis, who could blame us?) but it ultimately keeps us ensconced in ignorance when there is help available.

It took a while for me to understand the source of my depression, which initially was unemployment. So I can’t imagine how many young black people suffer silently with it – even more so for the ones who realize college isn’t for them, while being inculcated that college is the only choice for success.

The unemployment rate has always been higher for the black community than for other communities. It’s time to swing the pendulum away from college as being the only route for children and begin to introduce alternatives like the skilled trades.

Our children’s mental health is more important than our egos. And we must always keep that in mind. My point is that when it comes to our young people’s mental health, we should allow them to consider all their future options. And support their choice. Even though we may consider their choice is beneath them.

This entry was posted on Sunday, April 8th, 2018 at 9:30 AM and is filed under Uncategorized. You can follow any responses to this entry through the RSS 2.0 feed. You can leave a response, or trackback from your own site.